The best hotel to visit in Zagori this winter

This hotel will introduce you in a unique atmosphere, relax you with its award-winning spa, serve you traditional organic breakfast and enchant you with fabulous gorge views. The Mikro Papigo 1700 Hotel & Spa has been recently awarded as the Best Mountain Resort in Southern Europe from the World Travel Awards 2018 and it is the perfect occasion for a getaway in Zagorochoria during the long weekend of Clean Monday.

The hotel has already won awards for its consciousness for ecology and combines a fairytale landscape, an immense choice of outside activities, traditional concepts, design aesthetics and unbeatable services.

It is nestled inside the core of the Geopark Vikos-Aoos and Unesco’s Heritage monument, the famous region of Zagori-Epirus-Greece.

It consists of 7 buildings, 18 rooms and suites, a uniquely designed eco Spa and an honored- by the Greek Ministry of Tourism- restaurant, ‘Veranda at 1700’. While developing mild in space at different levels, almost a village within the village, it rightfully claims the title of the most beautiful “balcony” in the Vikos Gorge and in the settlements of small and big Papigo. 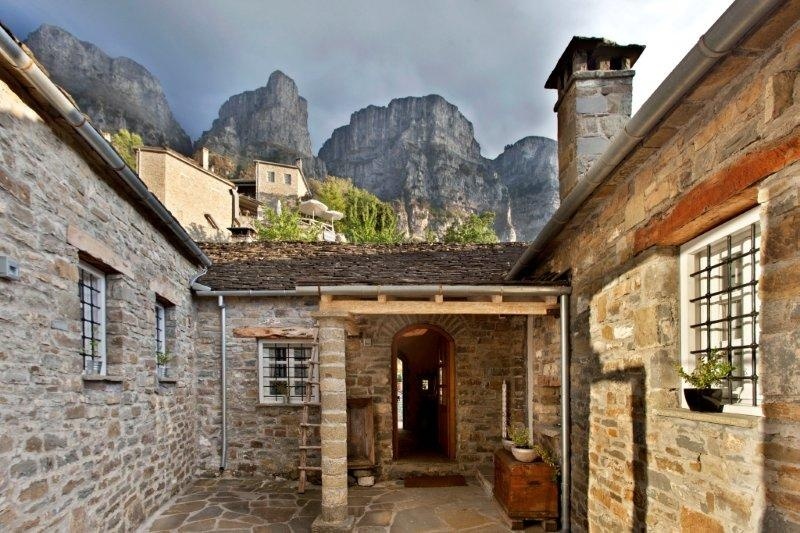 The composition of volumes is perfectly suited and tied to the landscape and consists of one-storey or two-storey buildings, to avoid monotony and to create a sense of a private small settlement. Impressive and unique both in its external form and the internal spaces which are exclusively signed by the most famous designers, Philippe Starck, Castiglioni, Citterio, Urquiola, Le Corbusier, Zaha Hadid, the Moooi, B & B Italia, Bisazza.

Evolving the landscape – beyond natural – to a cosmopolitan destination for exclusive vacation, still literally surrounded by nature, as from the hotel begins the path to the alpine lake Drakolimni and its shelter, the sources of Voidomatis river and the heart of the forest of the National Park of Vikos- Aoos. Mikro Papigo 1700 Hotel & Spa is the first green hotel in North Greece multiple awarded with the Green Key by the Foundation for the Environmental Education, as example for its environmental policy focus on environmental protection issues.

From February 16-19, enjoy a three night stay at Zagorochoria and live a special experience at Mikro Papigo 1700, from 180 euros/night. 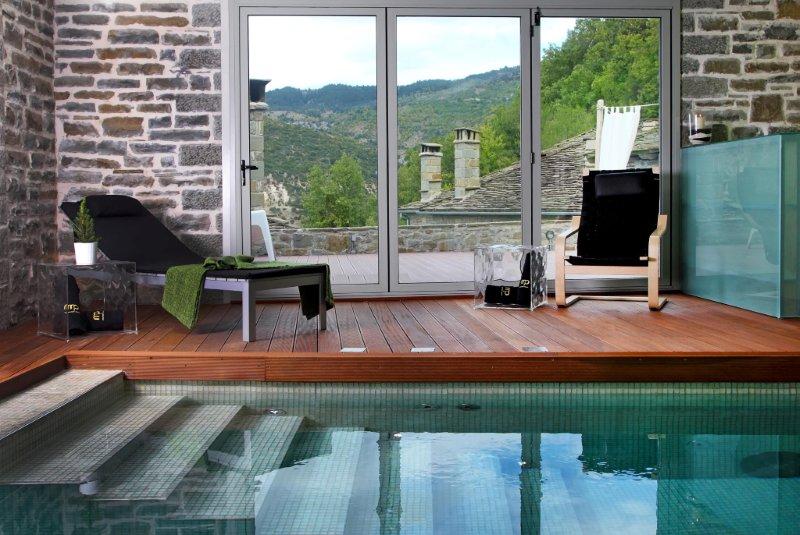 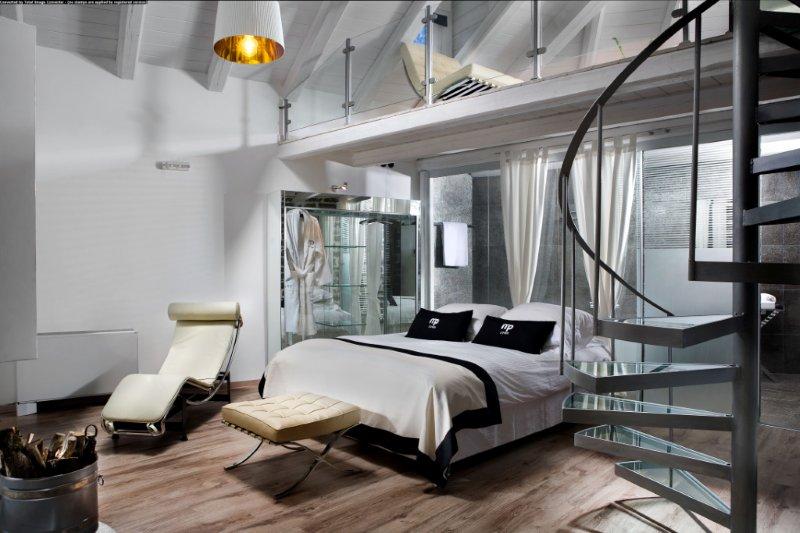