This is the perfect mountain escape only 1,5 hour away from Athens

The perfect weekend escape in the mountains lies 1,5 hour away from Athens and is called Trikala of Korinth.

Autumn weekends at Trikala of Korinth means nature, pic nic at Doxa Lake, visit to St. George monastery, excursion to the Valley of Flambouritsa and of course a stay at the best hotel in the area, Pliadon Gi Mountain Resort & Spa.

Trikala of Korinth is a mountain treasure just a breath away from Athens, which proves that Greece is much more than just sea and sun. Check out the top things to do in Trikala of Korinth, for an unforgettable getaway in Greece, beyond all cliches. Discover it!

Flampouritsa valley extends between Little and Great Zireia, has high biodiversity and along with the Kyllini Mountain has been included in the Natura 2000, as areas with special interest that need protection. After crossing the valley between streams and ancient trees, we end up to the sources of Sythas river.

In the north-western slopes of Mountain Kyllini, at an altitude of 1480 meters, you will find Lake Dasiou. The flora and fauna around the lake is quite impressive. Oaks, firs, violets, mushrooms, rare flowers and plants coexist with hares, rare birds of prey, wild cows, ferrets, wild horses and foxes. It is located just 10 minutes away from the Zireia Sports Center. 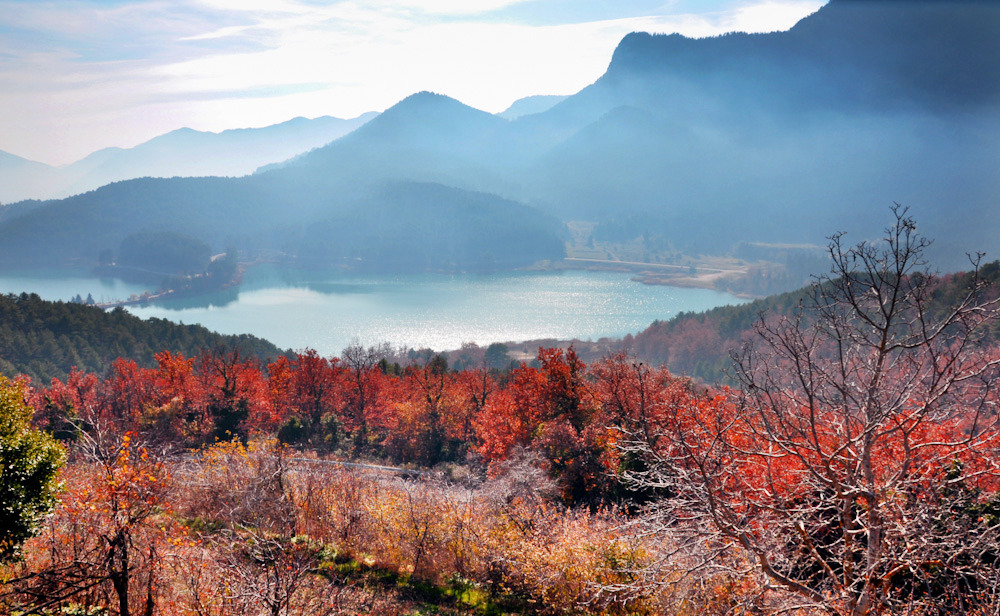 Lake Doxa is the artificial lake that was created in 1995 with the construction of a 710 m. dam. Τhe church of Agios Fanourios has been built inside the lake. Walk from Lake Doxa to the Monastery of Saint George or to Feneos village and enjoy the magical route.

Lake Stymfalia has been associated with many legends. It lies between Zireia mountain and Mount Oligyrtos. Its depth is about 10 meters, it has fresh water and it extends at 7,700 acres during winter and 3,500 acres at summer. It borrows its name from Stymfalos, the son of King Arcadas. 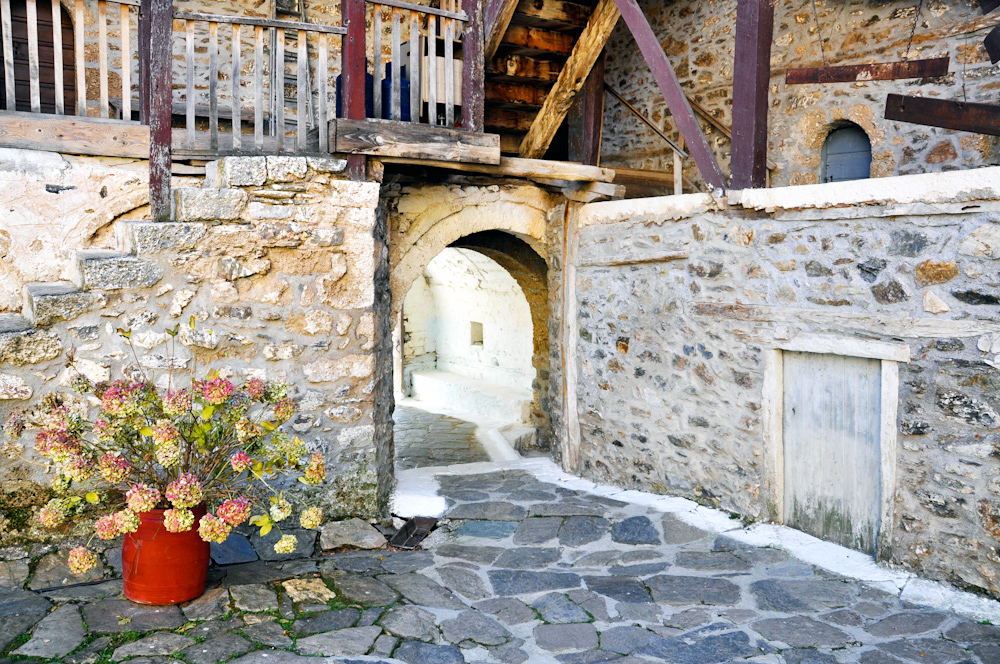 St. George monastery is located near Goura village. The monastery was built in the 17th century by a monk who had to carry it to the highest point of the old church, which was built in the 14th century. Try the rose spoon sweet the monks cook, made by roses that are entirely grown in the premises of St. George.

Virgin of the Rocks or Lady Revealed

The Lady of the Rocks monastery is built in the shadow of a huge rock and is said to be the Meteora of Corinth. The church is built inside a cleft of the rock and is always open for visitors who want to enjoy the wonderful views of Ziria, especially during winter afternoons.

The church is located in Kato Trikala. It was built in 1697 and it stands out for its expressionist frescoes dating since the 18th century, while the characteristic mural is “Man of Sorrows”.

It is the one and only water mill which has been preserved and still operates in the region. It is located in Sivista, at the northeast of Feneos village.

In Ano Trikala of Korinth there is the Tower of Notaraioi, where St Gerasimos Notaras was born. The Notaraioi family played an important part in Orlofika (1770), the 1821 Revolution and the Civil War.

According to mythology, Hermes was born in the depths of the cave. Hermes was the son of Zeus and Maia. Maia was one of the seven Pleiades, daughter of Atlas and Pleioni. The cave is located on the west side of Flampouritsa, at an altitude of 1,750 meters, it covers 1,200 m2 and has 8 booths with stalactites and stalagmites clusters.

The Environmental Museum was built by the architects Tasis Papaioannou and Dimitris Isaias, was included in The Phaedon Atlas of 21st Century World Architecture issue and was honored with the 2000 Architecture awards of Hellenic Institute of Architecture. The view of the surrounding hills and lake is breathtaking, while its privileged location and its design allows the light to enter from anywhere. The Museum is open daily except Tuesdays from 10 am to 6 pm. Tel:+30 27470 22296.

For your stay at Trikala of Korinth, choose Pliadon Gi Mountain Resort & Spa, the famous hotel that offers luxury and high quality services. 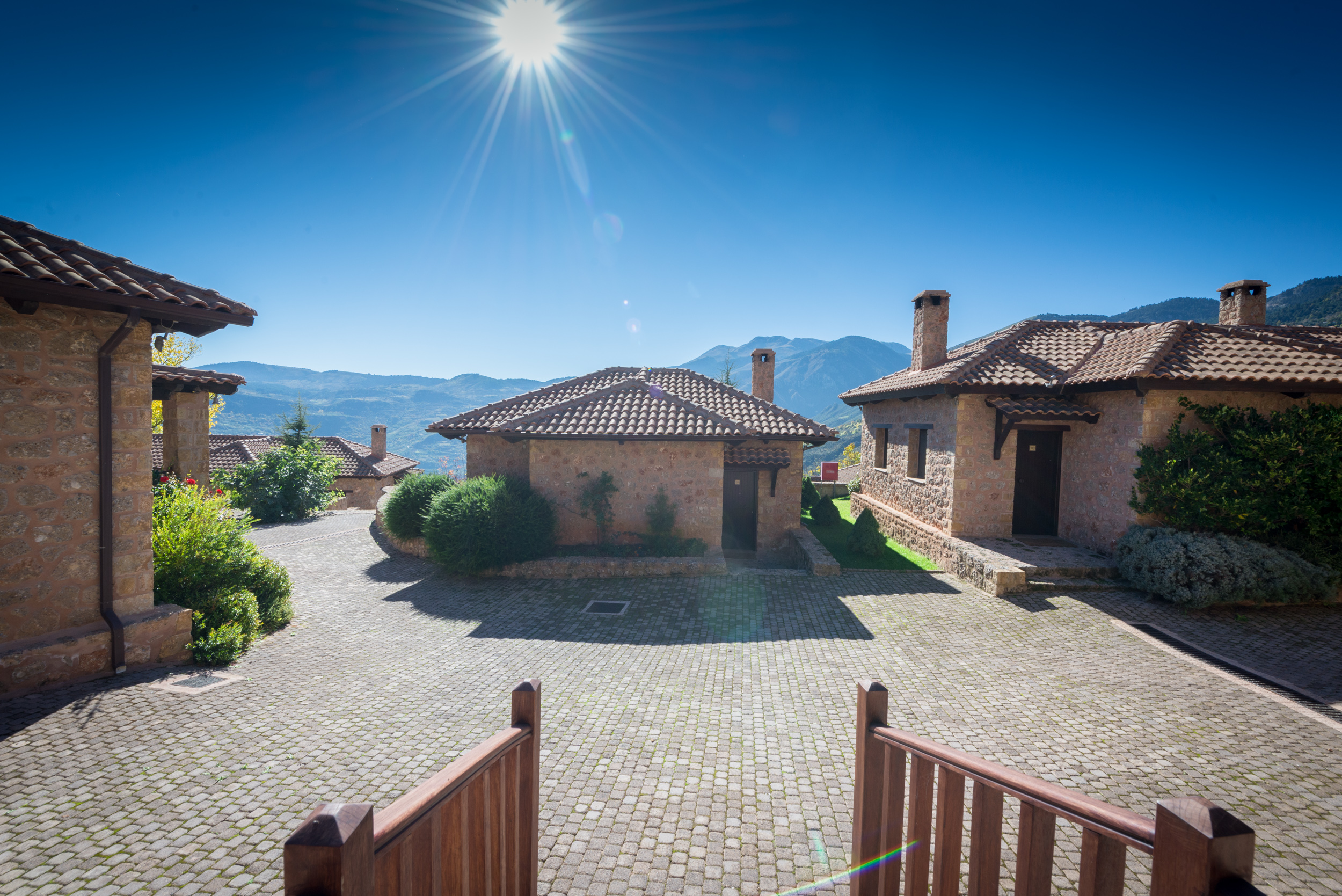 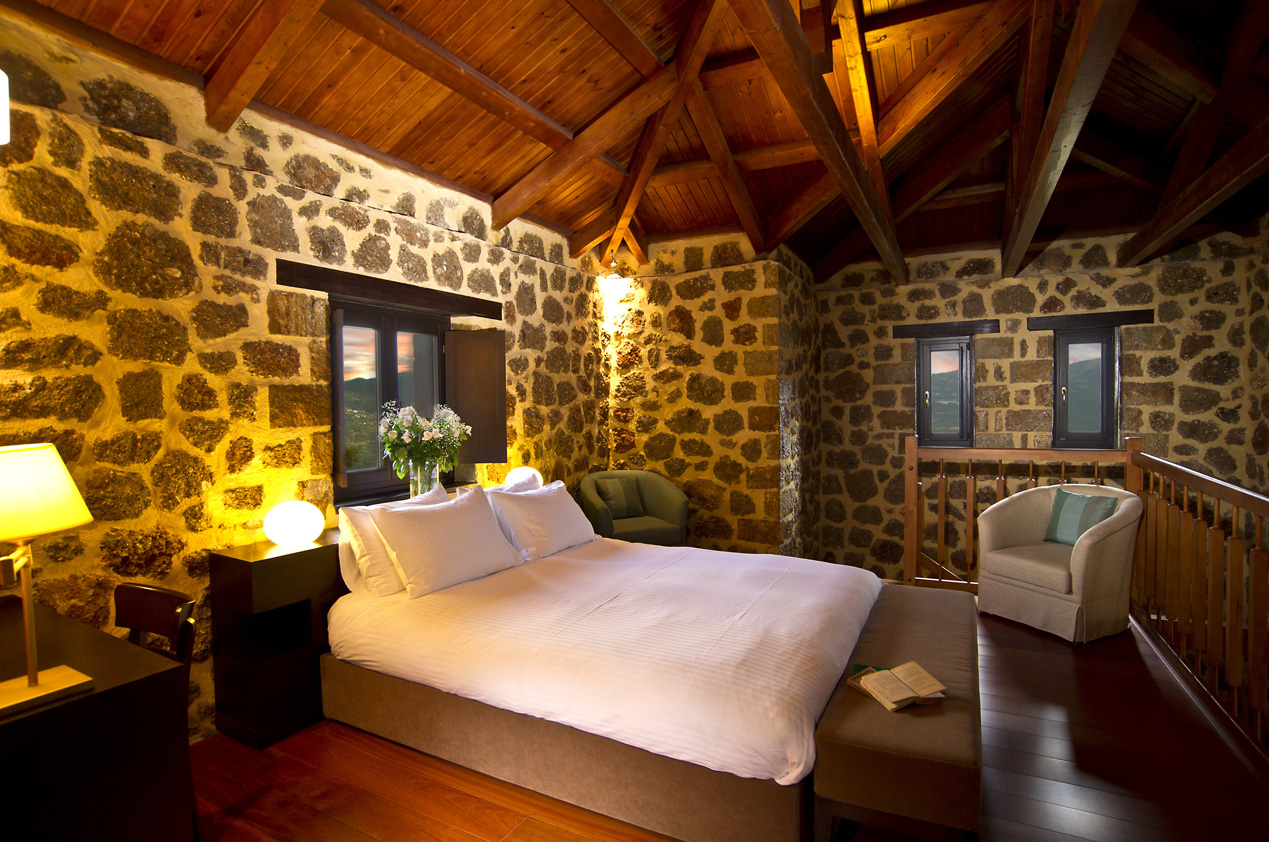